“The Happening Events” is an organ created from ideas of a member from an earlier organization: “Transmission Entertainment”. This organization was already established in Namur (Belgium) in ’94 and build up by this member who traveled several years true France, from place to place, town to town, festival to festival and discovered his way to subsist as ‘street artist’.

During the first year of his road trip he came in contact and traveled a while with a few members of the 'Spiral Tribe', a group consisting of hundreds of Englishmen who had left their country after the repression of their government... They start to live in community in their converted Vans, bringing with them a lot of Sound systems, traveling in convoys from place to place, mostly in southern France, Spain, Italy…

They’re be joint by many other travelers from different nationalities who followed the flow. The communities lived mainly by street theatre, merchandizing and marketing or by selling some handicraft goods in and around official events and festivals, but also during the organization of the Spiral Tribe’s own 'illegal' Sound System parties. During the winter months, however, many of them left to Asian countries (India, Nepal, Thailand…)

The Spiral Tribes are considered as the starters of the Teknivals that during the years '90 shots like mushrooms out of the ground in several east & southern European countries.

The Happening Events wants to maintain much of the ideologies of the Teknivals. For example: the using of a simple environment and build this one up to a valuable event location. Trying to use so much as possible the surrounding natural décor but also by introducing the use of recycled materials as well. The Happening Event is also based on the ideology: Free Parties For Free People… Respecting Mother Earth is fundamental and a central point during whole prosses of the events.

Line-ups off the "Back Yard Party" 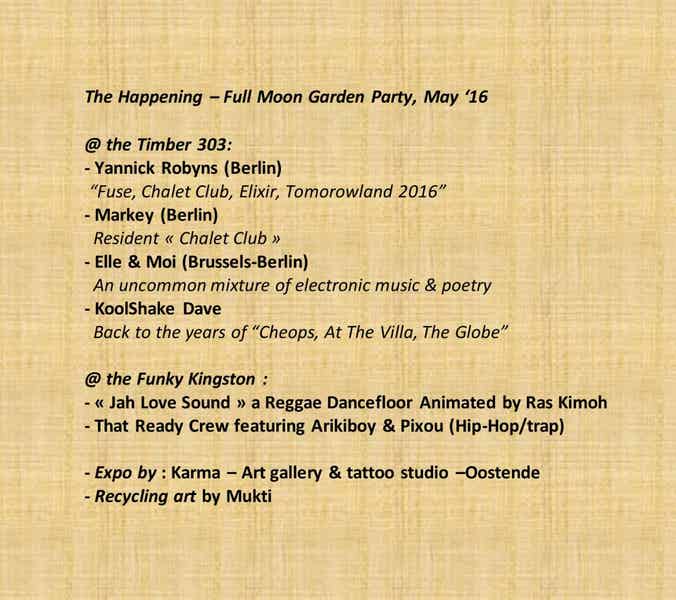 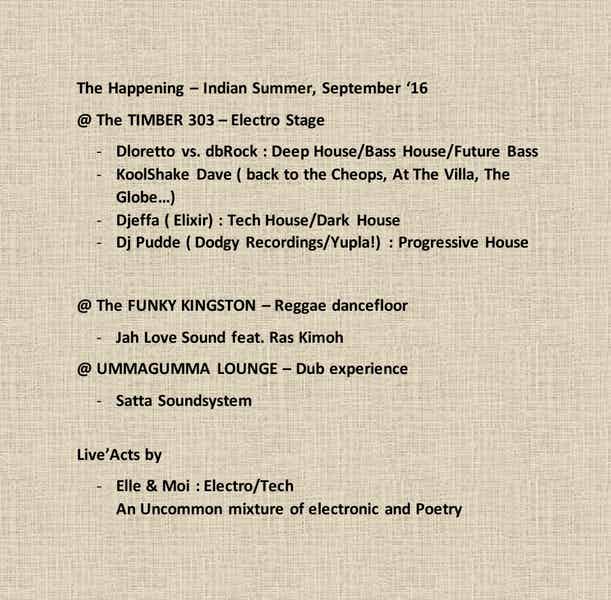 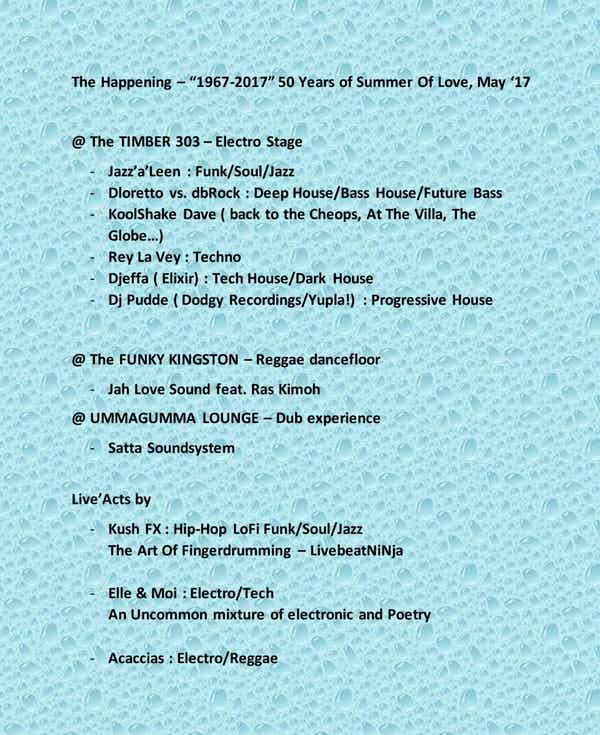 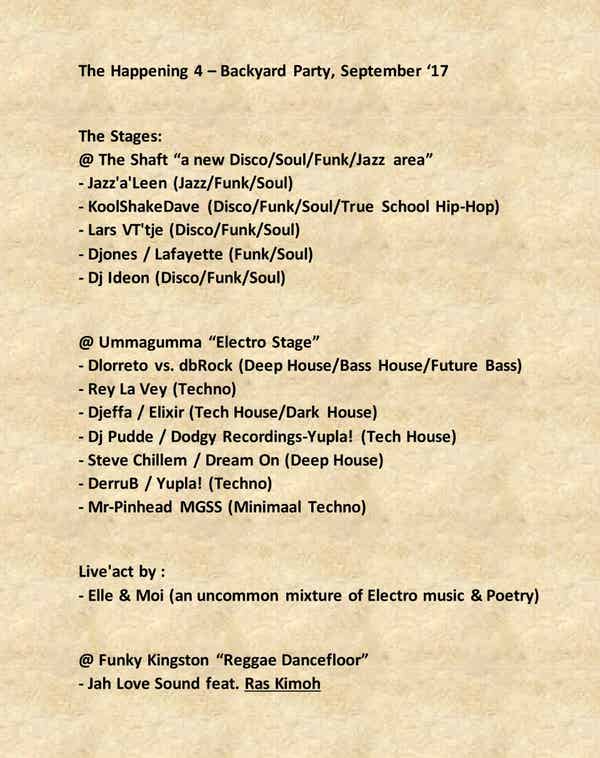 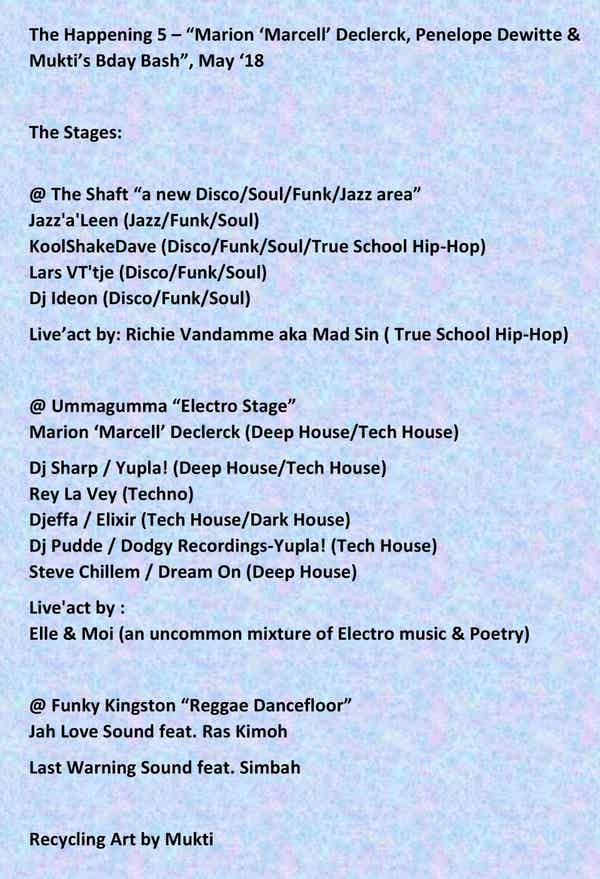 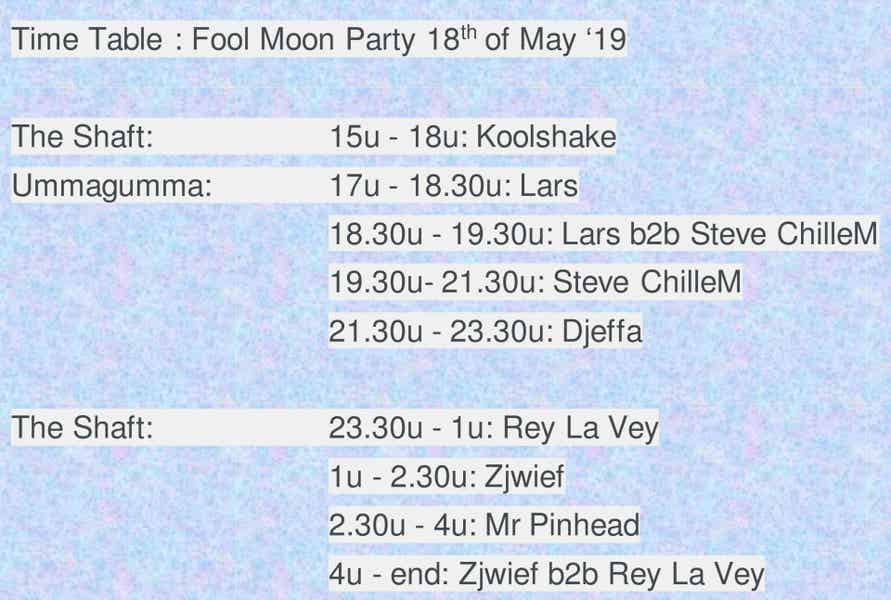 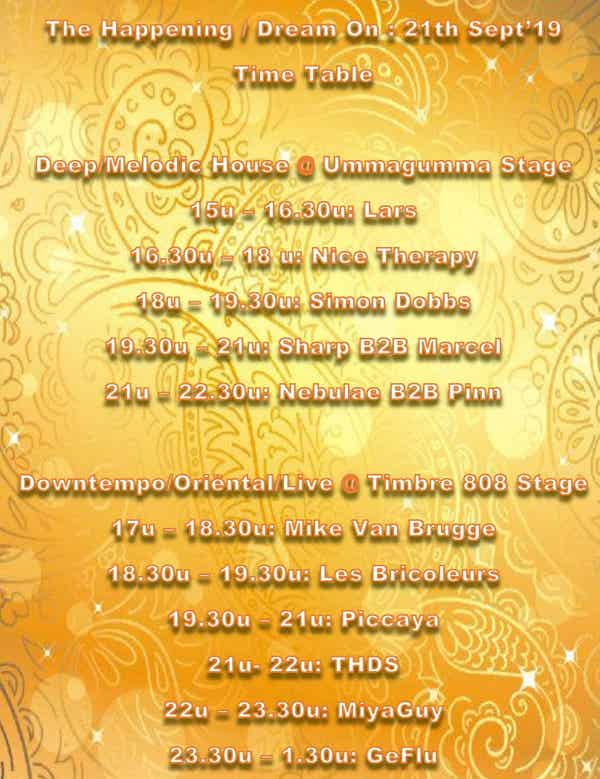